Artwork / Can the mind exist without a body?

Large-format flag installed in public space, showing Yiannis Laouris's message: "Can the mind exist without a body?", taken from the Onlife Manifesto, coordinated by Luciano Floridi, where they address the transformations of the digital hyperconnectivity era, such as the need to re-engineer the concepts of human and non-human life. 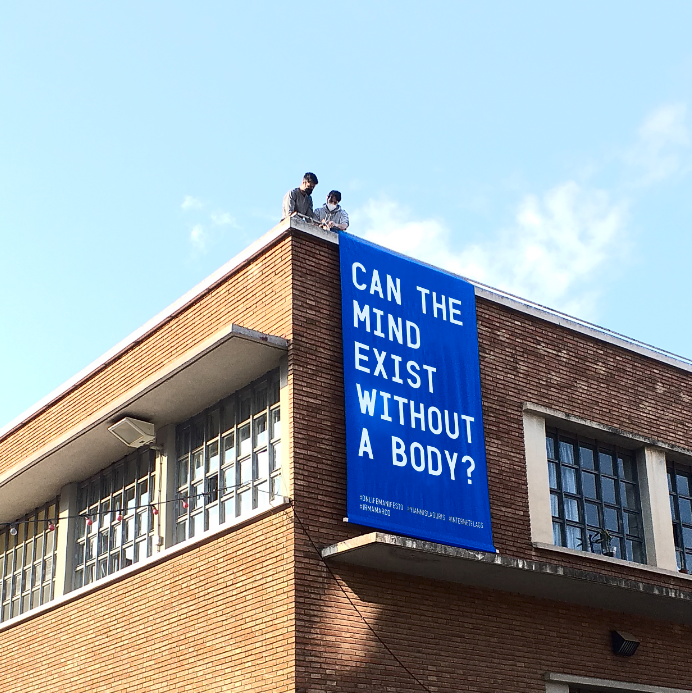