Mirror Ritual, Message Ritual, and Worn Ritual take inspiration from the mutual entailment of matter and meaning in the dynamic configuring and re-configuring of identity. The Ritual Series serves to challenge the existing paradigms in technology design, to offer altogether new rituals, to forge meaningful relationships between human and machine. 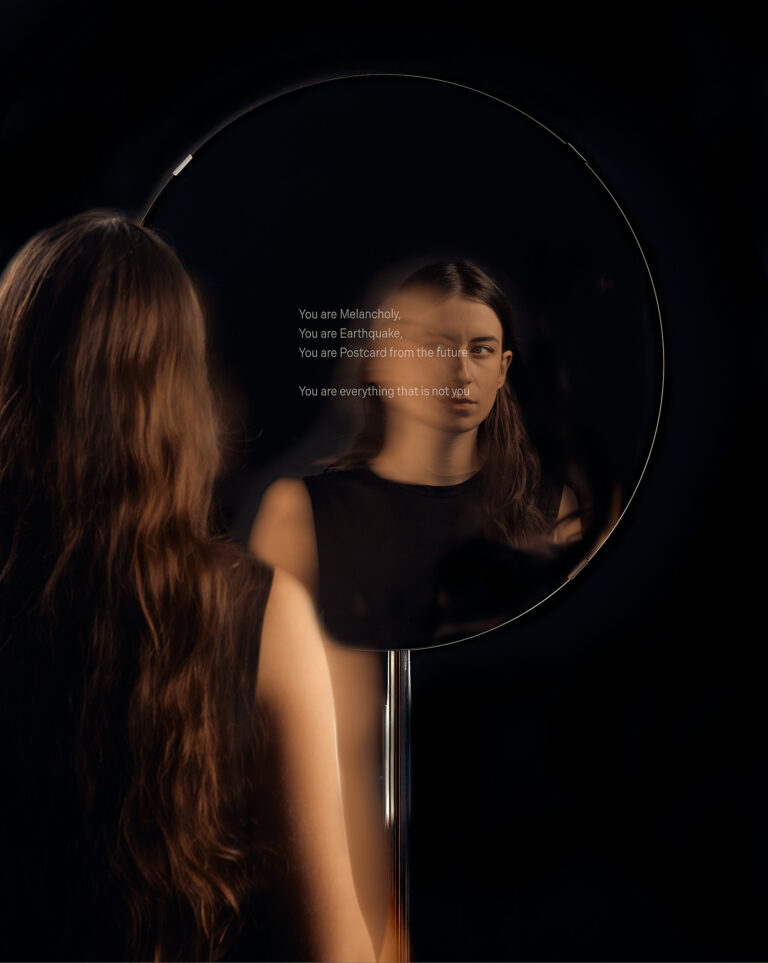