Visualize the Illkun(Anger) is an interactive installation that seeks to reflect on the screen concept in its symbolic, philosophic and technical dimensions. It's inspired by a reflection on technological objects and the experimentation on subjective ways of visualizing data. 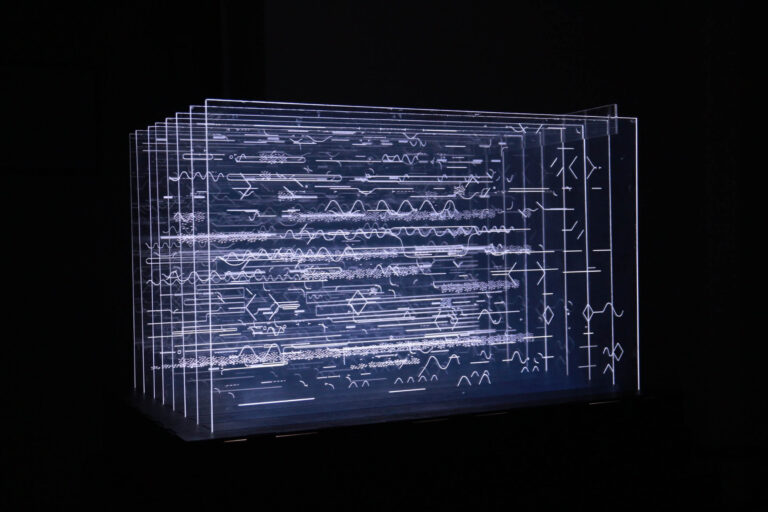