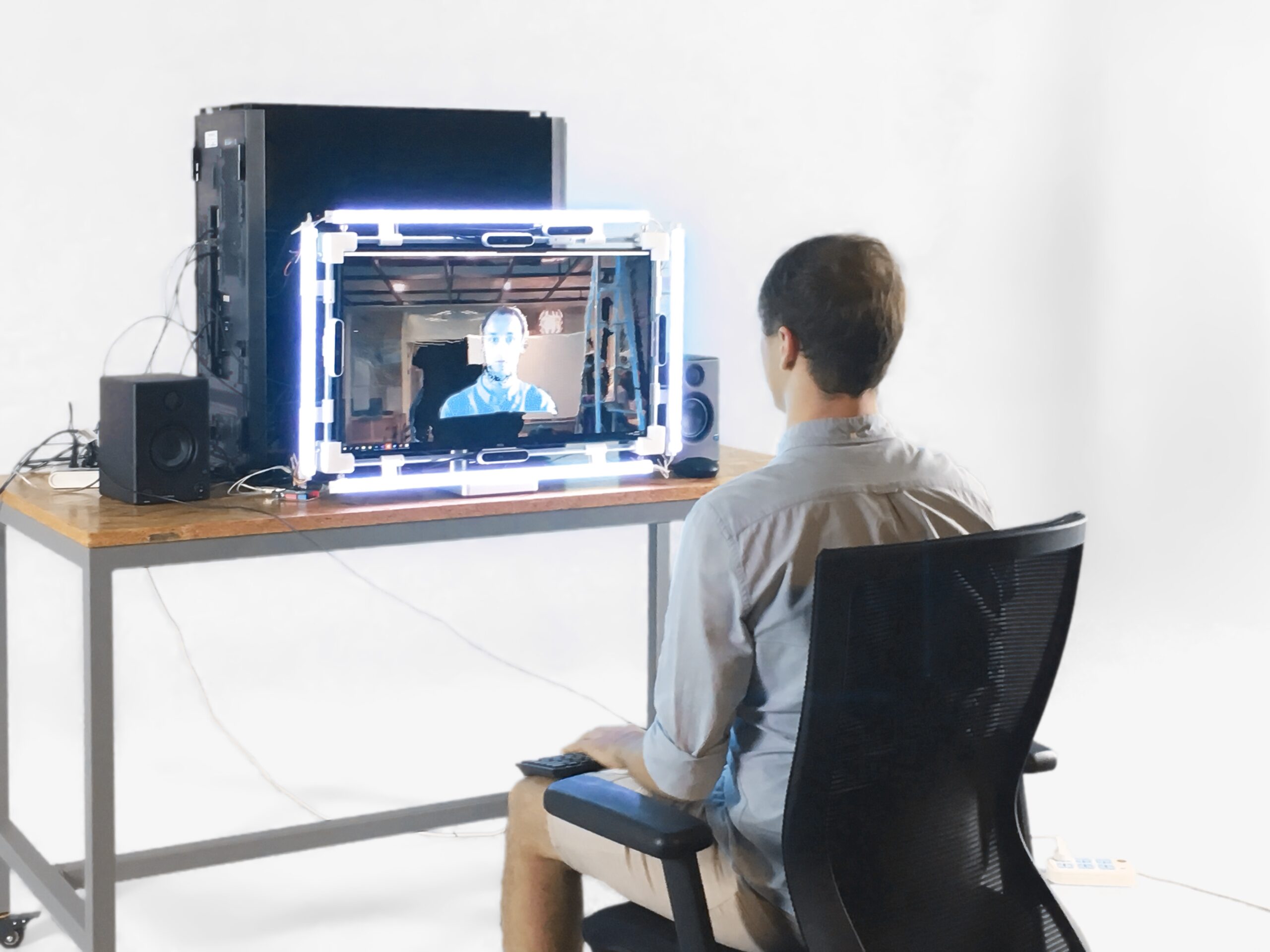 David Santiano is a researcher and technologist that likes to perform scrappy and artsy research to explore possible and impossible avenues in new media and technology.

Cameron Ballard is currently completing his PhD in computer science at NYU Tandon’s Center for Cybersecurity. His current work focuses on the sociotechnical implications of social media, especially applying data science methods to understand the financial ecosystem behind online disinformation.

Before joining the Center for Cybersecurity, Cameron completed his undergraduate degree at NYU Shanghai, and stayed on as a researcher for the Telewindow project. In addition to his academic pursuits, Cameron co-founded Raditube, a research tool to study disinformation and radicalization on YouTube.

Michael Naimark is an artist, inventor, and scholar in the fields of virtual reality and new media art. He is best known for his work in projection mapping, virtual travel, live global video, and cultural preservation, and often refers to this body of work as “place representation”. Naimark has been awarded 16 patents relating to cameras, display, haptics, and live, and his work has been seen nearly 400 art exhibitions, film festivals, and presentations around the world. He was the 2002 recipient of the World Technology Award for the Arts.