Work: By using digital transportation and reconstruction, the video is an apocalyptic vision of the world seen through the Persian myth of an ancient fortress and a giant gluttonous worm. According to the myth of Haftvād and Ardeshir, the destruction of the worm is believed to have sealed a permanent curse on the city by causing drought and desertification. Eventually, the city would be destroyed. 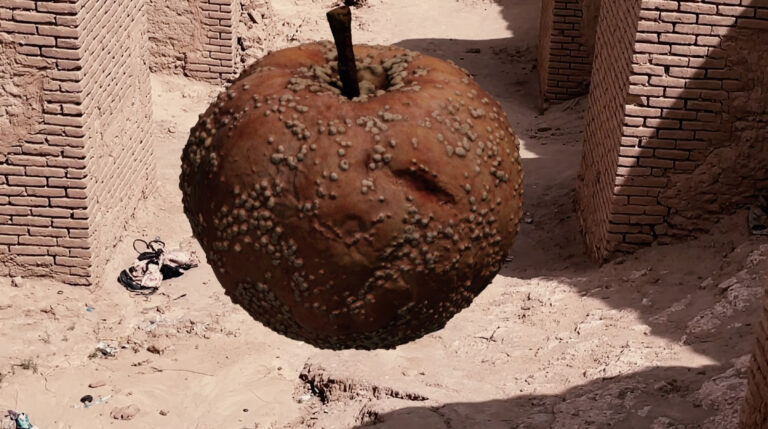