The music and dance film “Swarm Raid” is a surreal trip to the grocery store inspired by army ant swarm raids. The film draws connections between the ways that humans and army ants find food and reflects on collective behavior and social hierarchy in both ants and humans. 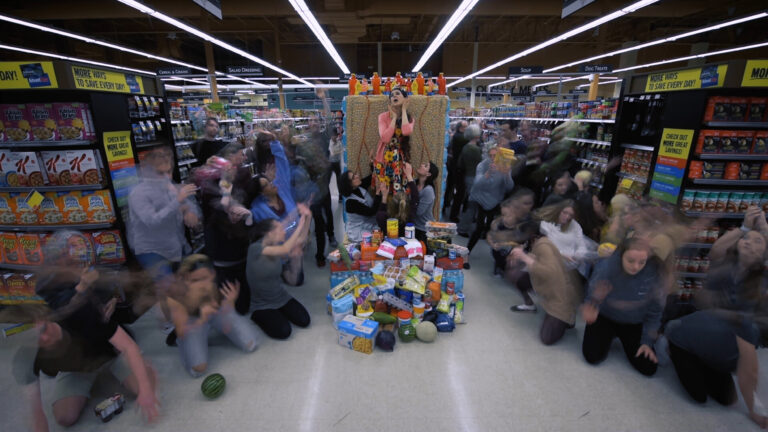