Work: Ventriloquist Ontology is a media performance that explores the control and hybridization between human and machine through the relationship of a performer and a wearable entity. This entity articulates text generated using the GPT-2 language model, and manifests itself by producing involuntary movement through a series of linear actuators. 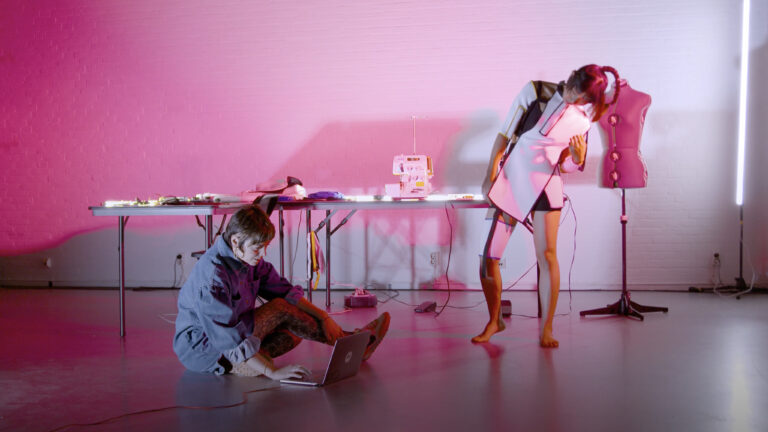