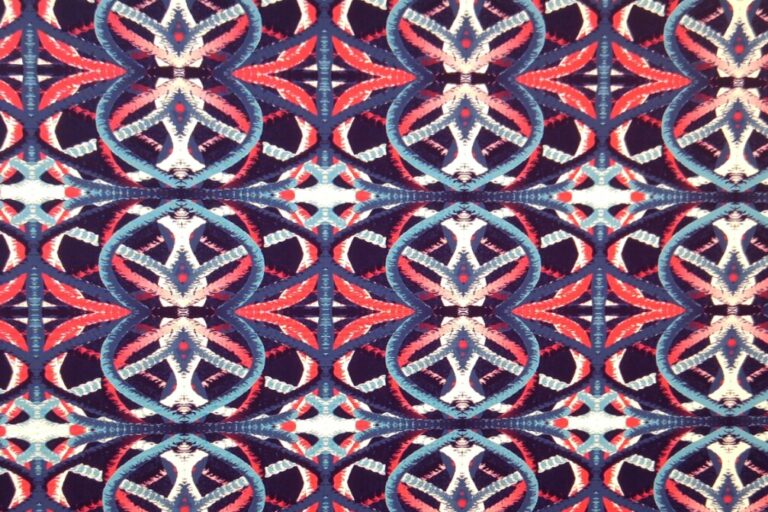 Ana Mas Projects – De hormigueros y algoritmos by Anna Carreras
Carrer Isaac Peral 7, Hospitalet de Llobregat, Barcelona
From June 9 to June 16
The generative works of Anna Carreras are built in the same way that the ants of the same community are organised. All of us have observed at some point the determined work of these little insects, building tunnels, organising themselves in endless lines, moving small seeds, leaves… Everything is a result of small individual decisions guided by a shared intuition, subtle movements, but choreographically systematised. In the same way, the creation process of Anna Carreras is based on the sum of precise instructions and on the sequence of mathematic calculations dumped into the computer code designed by herself. The result is vivid digital images, sometimes static or sometimes dynamic, sometimes more geometric or more organic, but always unpredictable and unrepeatable, even by the artist herself.
Text by Loida de Vargas

Galeria H2o – SPAMT25YFDNFT by Martí Guixé
Carrer Verdi 152, Barcelona
June 17
In 1997 Martí Guixé presented “Spamt” at H2O Gallery in Barcelona. The project proposed the redesign of the traditional Catalan bread with tomato (“Spamt” is phonetic for “eS Pa aMb Tomàquet”), driven by the fact that at that time a new behaviour was emerging, eating in front of a computer screen, which was mainly due to the popularization of PCs. “Spamt”, therefore, was born out of the changes that technology brings to our daily lives.
Now, 25 years later, the blockchain and NFTs provide a new environment to continue investigating in a project that tries to bring food and its context to the digital world from the perspective of Art, Design and Food Design.

Galeria Senda – Cloud Seed by James Clar
Carrer Trafalgar 32, Barcelona
From June 10 to June 16
Cloud Seed is an interactive video artwork that immerses the viewer in a simulation of rain, fog, and rain. The installation uses a high resolution video screen acting like a window to an outside virtual space. The visual effects of this natural phenomena appearing before the viewer through calculated warping of the live image on the screen. The viewer sees themselves in the screen with raindrops collecting on the surface. The raindrops eventually run down the surface, leaving streaks on the video. All of this is done in realtime using custom programmed software. Visitors can see themselves within the raindrops with the image getting blurry as it gets foggier. Cloud Seed uses technology to bring attention to our influence and control of the environment in a visual way that is both poetic and cinematic. It brings the viewer to a space that is both real and generated, contemplative and sublime.

àngels barcelona – Remote Hands by Mario Santamaria
Carrer Pintor Fortuny, 27, Barcelona
From June 10 to June 25
The data does not go up to the Internet, it goes down to the hardware, to the wires; send and bury, bury and send. The exhibition proposes the dialogue of several pieces in relation to the materiality, visibility and representation of the internet. Remote Hands is the name of a service offered by data storage centers to carry out remote maintenance on their client machines. These remote hands are related to drawings taken from patents where the Internet is represented in the metaphorical form of the cloud.

Marlborough – Reflections of the Man (2021) by Martine Stig
Carrer d’Enric Granados, 68, Barcelona
From June 10 to June 16
In the film essay ‘The Reflection of the Man’ Martine Stig grapples with the meaning of the human in a hybrid world. Employing ubiquitous technologies like face recognition software, while also reflecting on them, Stig examines the act of seeing beyond the explorative and the embodied. Stig uses Rorschach techniques and algorithms in order to draw closer to nonhuman companions, and speculatively broadens the concept of being present.
The Reflection of the Man results from the artist ongoing dialogue with writer and researcher Ilse van Rijn about technology and memory in a more-than-human world.

LAB36 – Tecnologies alternatives by Mónica Rikić
Carrer Trafalgar 36, Barcelona
From June 7 to June 17
«La computadora que quería ser incomputable» is a futuristic fiction art project that opens the debate on whether artificial intelligence can be creative or not. It represents a small intelligent machine frustrated by the impossibility of not being creative, therefore human enough. The entire installation takes place inside a transparent square showcase placed on a pedestal. Inside is a soft robot, exposed as pieces of art are displayed, displaying its frustration and anguish at not being able to be creative, a work of art itself, as the AI is intended to be. Through different audiovisual actions, shape changes in the robot and a voiceover, it becomes a physical audiovisual device of emotional expression.

Suburbia Contemporary – Quasi tutto by Francesca Sandroni
Carrer de Valencia 345, Barcelona
June 11 at 7 pm
The sound performance that Francesca Sandroni offers us adds different elements, cultures, styles and languages. A layering of sound elements
recorded in the city of Barcelona. Conversations, different languages, reflections: the
sum is the necessary approach to the knowledge and fusion of realities in a single
urban agglomerate. An electroacoustic track that connects and interacts with each other; an active participation that changes the narrative, the ordinary flow of life. An authentic popular song in which we are all involved, responsible, in absolute harmonic dissonance.

Dilalica – Border Crossers / The Robotic Church / Totemobile by Chico MacMurtrie
Carrer Trafalgar, 53, Barcelona
From June 9 to June 11
The Robotic Church is a site-specific installation and performance series comprising 50 computer-controlled pneumatic sculptures. Created between 1987 and 2006 and installed in ARW’s studio, a former Norwegian Seamen’s Church in, Brooklyn, New York, these machines mesmerize with their percussive sounds and gestures. They express themselves through rhythm and body language, ranging from introspective solos to powerful ensembles erupting from different corners of the space. Rather than merely amplifying sound, the percussive machines are programmed to beat, strum, vibrate, spin, and otherwise play their own bodies to communicate in their own unique voice. Their syncopated outbursts of call-and-response evoke the origin of communication.