This project creates a mental-physical-visual circuit between a generative adversarial network, a co-robotic arm, and a five year-old child. From training images, to the latent space of a GAN, through pen on paper to a final human interpreter, it establishes multiple translations, confounding easy definitions of learning, creativity, and expression. 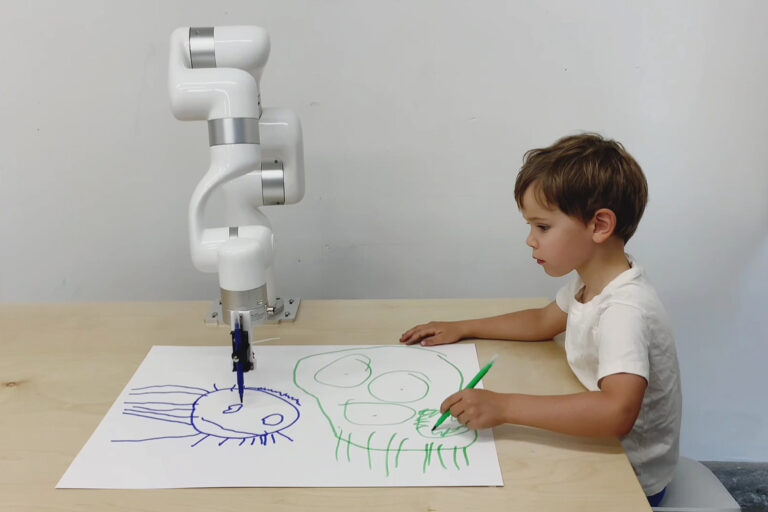