A kinetic sculpture that experiments with color, sound, and movement. The translucent skin created from the moving light becomes visible, creating shape and volume, both inside and outside the object. The sculpture forms and reacts by generating events that modulate the sound and space, constantly changing atmosphere and perception. 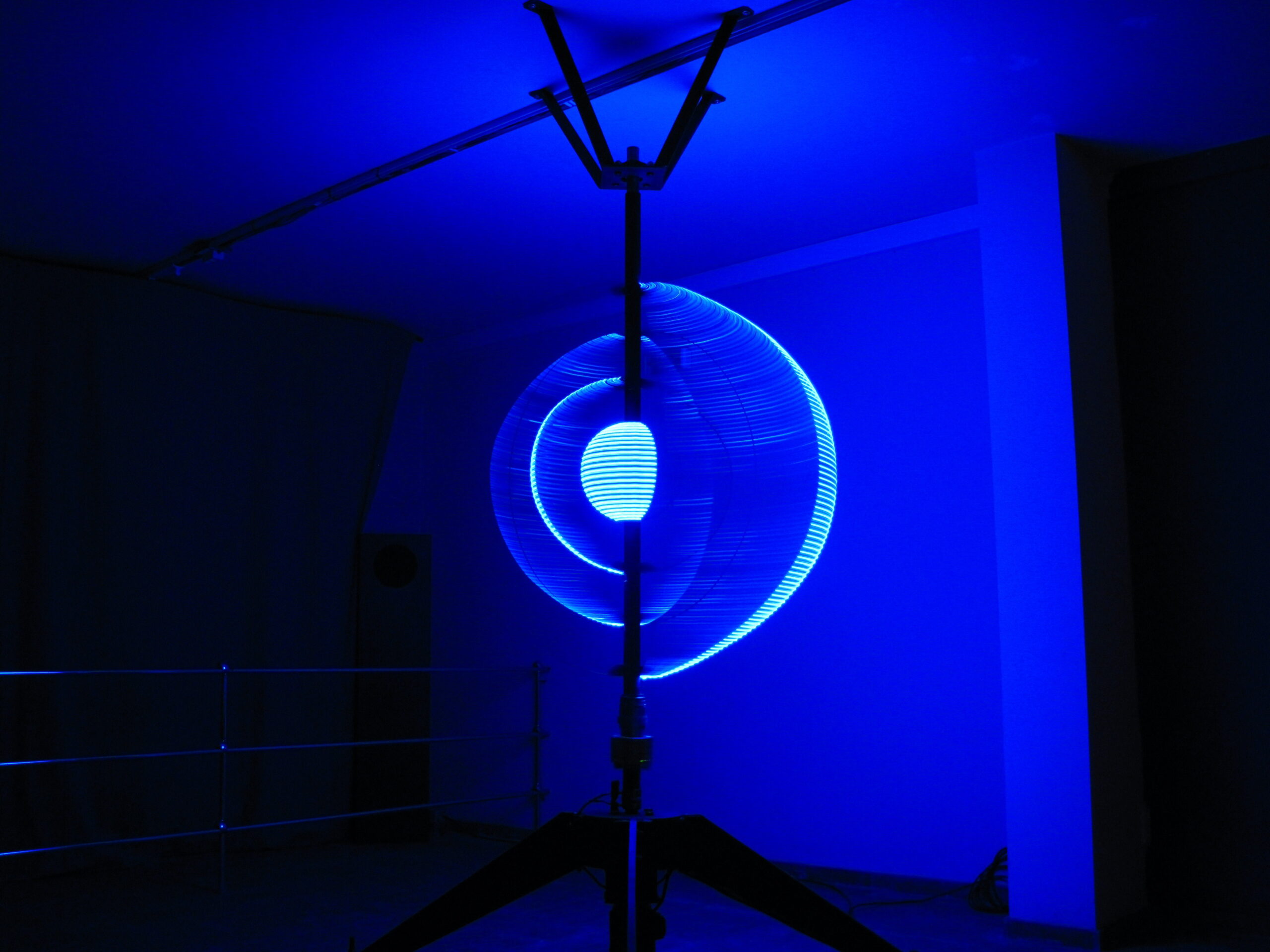 This project has been awarded with the ISEA2022 Barcelona Grant by .Beep Collection and NewArtFoundation