In "Liquid Views" the audience participates in a Narcissus experience behind the digitally activated mirror. A touchscreen with a mini camera simulates a water surface and reflects the viewer's image. By touching the screen, participants activate algorithms that generate waves that distort and dissolve the viewer's reflection. 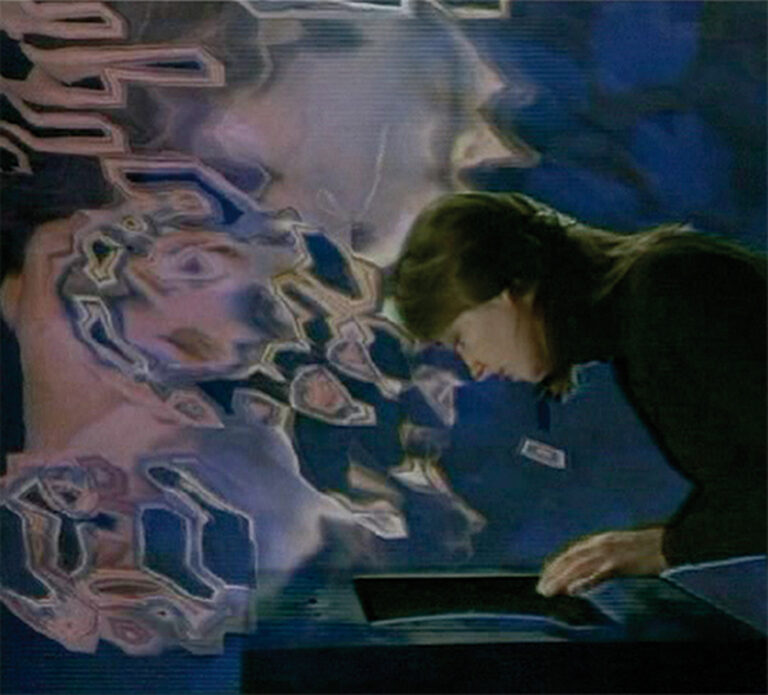 With support of the Center for Art and Media | ZKM